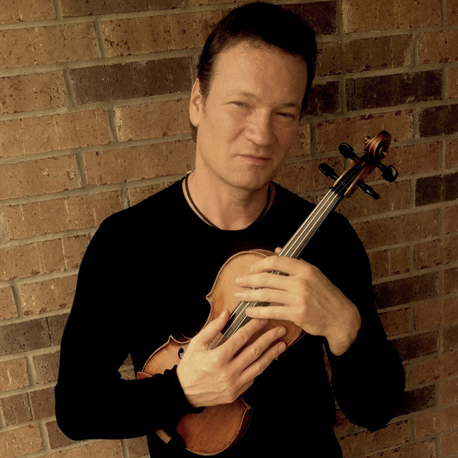 Ferenc Illényi has performed as first violinist with the Houston Symphony since 1991. A native of Hungary, Mr. Illényi made his debut in Budapest performing the Beethoven and Tchaikovsky concerti, and was a finalist in the Gyor-Carl Flesch Competition and the Tibor Varga Competition. He has performed many recitals in Hungary, Germany, Switzerland, Canada, and the United States, and has recorded works by Paganini, Saint-Saëns, and Schubert for the Hungarian radio and television. His first teacher was his father, a violinist with the Hungarian State Opera. He attended Bartok High School of Music in Budapest, studied with Tibor Varga at Hochschulein Detmold, Germany, completed a summer master class in Lenk, Switzerland and earned a master’s degree in music from Liszt Music Academy in Budapest, where he studied with Dénes Kovacs. Mr. Illényi has studied additionally at the Banff Center in Alberta, Canada with Zoltan Székely, the University of Notre Dame in South Bend, Indiana with Carolyn Plummer, Rice University with Camilla Wicks, and the University of Houston with Fredell Lack.