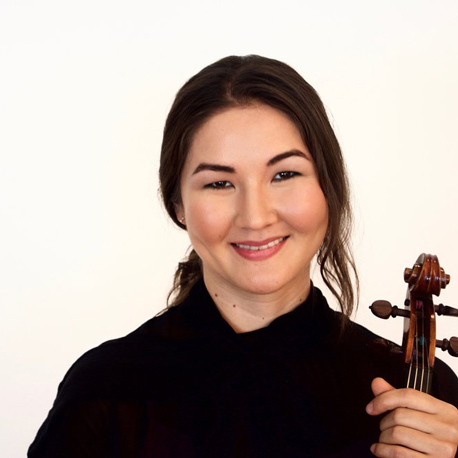 Elizabeth Oka is Assistant Principal Violist of the Kennedy Center Opera House Orchestra/Washington National Opera. She also performs as Principal Viola of the Des Moines Metro Opera Orchestra in the summers and has played with several orchestras including the New World Symphony, National Arts Centre Orchestra, and the Charleston Symphony.

Oka has spent summers as a fellow at the Tanglewood Music Center, the Aspen Music Festival, and the Round Top Festival-Institute. She has also performed at the Artosphere Festival for several seasons. Her many wonderful teachers include Michael Klotz, Ed Gazouleas, Martha Katz, and Lenny Matczynski.

In addition to orchestral playing, Oka loves the intimacy of chamber music. She has premiered new works in Jordan Hall, attended the Apple Hill Center for Chamber Music as part of a fellowship quartet, performed with Sodam and the All-Stars throughout Miami Beach, and appeared in living rooms across Boston at various Groupmuses.

Outside of the viola, Oka enjoys reading, hiking, and finding new things to eat.