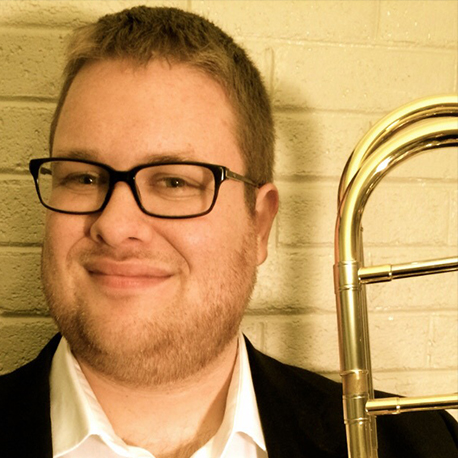 Rosenthal was born and raised in the suburbs of Chicago, Illinois. He attended public schools in Northbrook and was a member of Midwest Young Artists. He pursued Trombone Performance at Northwestern University, receiving a Bachelor of Music (cum laude) in 2008. He sought further training in the Civic Orchestra of Chicago and the New World Symphony in Miami Beach, Florida. As a student, Rosenthal participated in several summer music festivals, including Aspen, Roundtop, the National Orchestral Institute, Music Academy of the West, and Tanglewood. His primary musical influences include Michael Mulcahy, Peter Ellefson, Charles Vernon, Randall Hawes, Jay Friedman, Joseph Alessi, and Ian Bousfield.

In addition to his pursuits as a performer, Rosenthal is an activist in his community. He serves on the Executive Board of Directors for the DC Federation of Musicians (Local 161-710) and is a delegate to the Metro Washington Council AFL-CIO. He has also authored the blog “Who’s Your Audience?,” which investigates the Art and Industry of Classical Music. Read more at insidethearts.com/audience