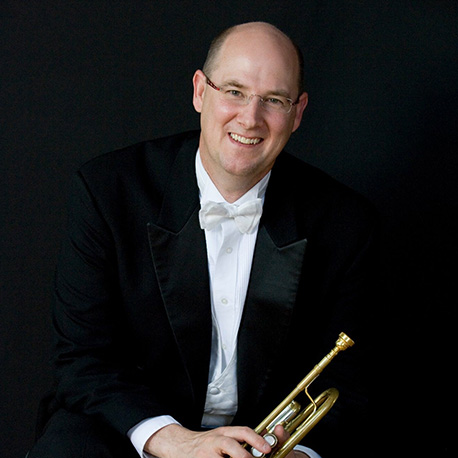 Douglas C. Carlsen joined the Minnesota Orchestra as associate principal trumpet in 1999, after holding the principal trumpet post with the New Mexico Symphony Orchestra. He has served as acting associate principal with the San Francisco Symphony for their 2016-2017 season and performed with the Seattle Symphony, Houston Symphony, San Diego Symphony, Grant Park Festival Orchestra in Chicago and Malaysian Philharmonic Orchestra, among others.  With the Minnesota Orchestra, Carlsen has been featured on performances of Copland’s Quiet City and Bach’s Brandenburg Concerto No 2. He has recorded Vivaldi’s Concerto for Two Trumpets with David Hickman on the Summit Records label.  Carlsen, a native of Nebraska, learned music from both of his parents. He attended Arizona State University, where he was a student of David Hickman and Anthony Plog. Other teachers included Steve Ericksen and Craig Bircher.