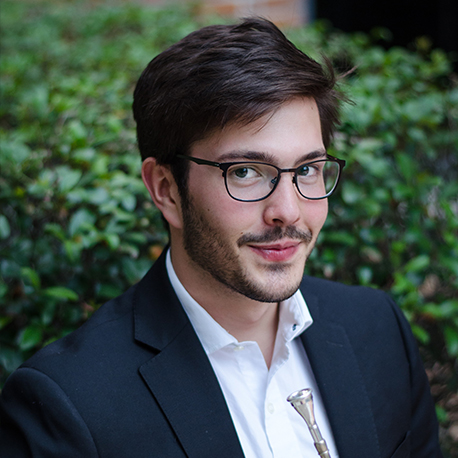 Brian Mangrum joined the Columbus Symphony as principal horn in the 2018 Summer season. From Montreal, Quebec, he graduated in May 2018 with his bachelor of music degree from the Shepherd School of Music at Rice University, where he studied with William VerMeulen. His previous teachers were John Zirbel, John Milner and Denys Derome. In November 2017, he was awarded 1st prize in the brass category of the Montreal Symphony’s Manuvie competition. Brian has performed with the Houston Symphony, the Montreal Symphony, and The Cleveland Orchestra.

In the summers Brian attended NYO Canada, the Domaine Forget Music Festival, and was a New Horizons Fellow at the Aspen Music Festival and School, where in 2016 he performed Strauss’ 1st Horn Concerto as the winner of the brass concerto competition. In his free time, Brian enjoys cooking, hiking and biking.