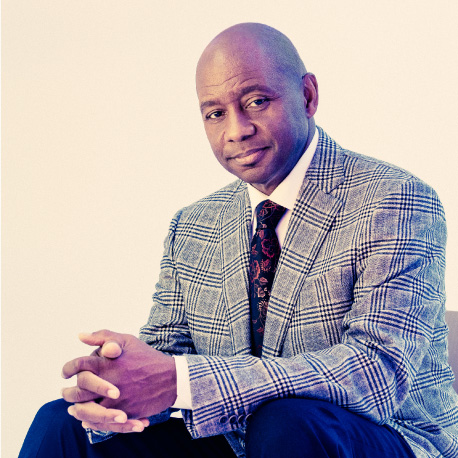 Branford Marsalis has stayed the course. From his early acclaim as a saxophonist bringing new energy and new audiences to the jazz art, he has refined and expanded his talents and his horizons as a musician, composer, bandleader, and educator — a 21st-century mainstay of artistic excellence. He has been nominated 16 times for a Grammy Award® and has won three times; once each for best jazz instrumental performance, best pop instrumental performance, and best jazz instrumental album.

His primary means of expression remains The Branford Marsalis Quartet. In its three-plus decades of existence, the Quartet maintains a rare breadth of stylistic range and a continuity of personnel. He has collaborated with renowned artists like Dizzy Gillespie, Miles Davis, Herbie Hancock, and Harry Connick, Jr. Eager to join forces with artists from other musical realms, he has worked with Sting, reggae star Shaggy, and the Grateful Dead, among others. His Broadway contributions include scores for the revival of Children of a Lesser God, the revival of Fences, The Mountaintop, and the revival of A Raisin in the Sun.

Classical music plays a large role in Mr. Marsalis’s musical life. Both Sally Beamish and Gabriel Prokofiev wrote works featuring him with orchestra after being inspired by his interpretations of classical works. He’s performed these and other works by Copland, Debussy, Glazunov, Ibert, Mahler, Milhaud, Rorem, Vaughan Williams, and Villa-Lobos with the New York Philharmonic, the Chicago Symphony, and many other leading orchestras throughout the world.

Mr. Marsalis continues spreading the message of his music around the world, including appearances last year at St. Petersburg’s International Jazz Day and Shanghai’s JZ Jazz Festival. Regardless of context or location, he remains steadfast in his quest for musical excellence.