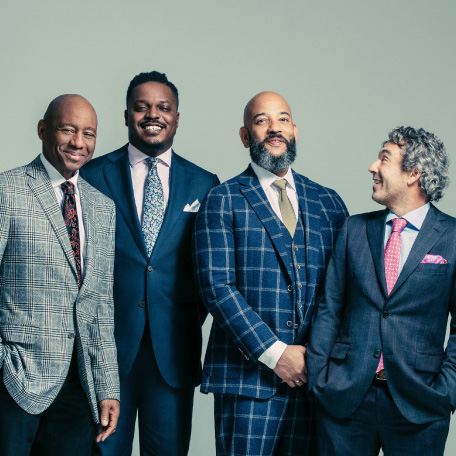 The quartet that saxophonist Branford Marsalis has led for the past three decades has always been a model of daring, no-apologies artistry, of ever-widening musical horizons and deepening collective identity. With like-minded support from pianist Joey Calderazzo and bassist Eric Revis (each with 20 years of service to the group) and drummer Justin Faulkner (the “rookie” who has been aboard since 2009), the band has long been a model of how to sustain and enlarge a musical outlook that is both historically and stylistically inclusive. Successive recordings have revealed new plateaus, and the band’s new album, The Secret Between the Shadow and the Soul, captures a new emphasis on both how to express and how to document the music. Recorded in Melbourne, Australia, the album contains the mix of challenging original and classic compositions, and the range of moods from the tender to the explosive, that has defined the group and confirms that the Quartet remains a paragon of uncompromising jazz excellence.